Read what vendors have to say about selling properties with Purple Frog.

"The house in Cottesmore actually sold for the highest price I’d ever achieved!" 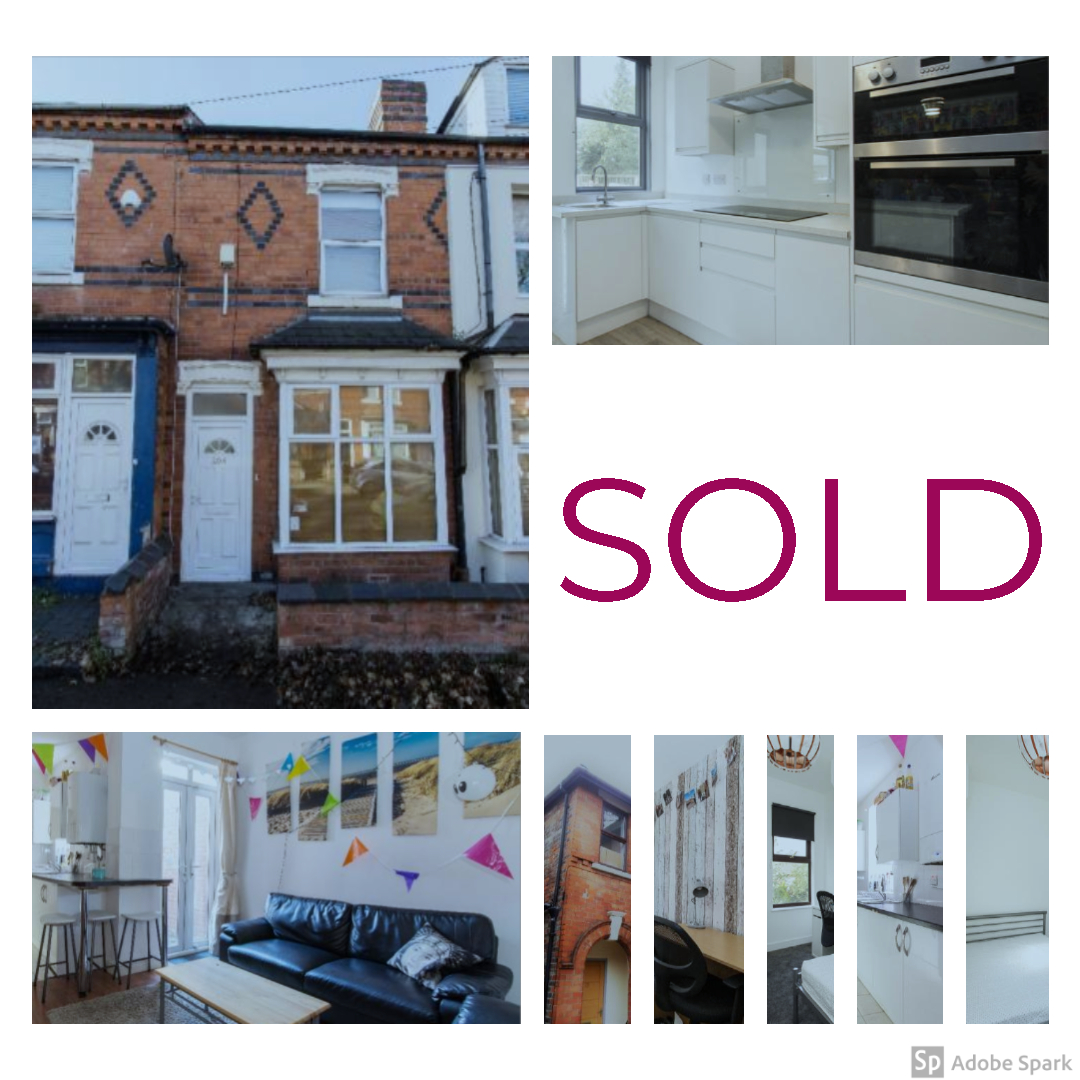 I’ve sold three properties through Purple Frog. The most recent was a six-bed property on Tiverton Road in Selly Oak, Birmingham. Purple Frog has also sold two properties in Nottingham. One in Cottesmore and the other in Beeston. The house in Cottesmore actually sold for the highest price I’d ever achieved!

The Tiverton Road property is a lovely apportioned house, built in 95 and is a little above the market standard. I’d extended into the roof and it had good-sized rooms, with real brick walls. (Not the fake brick-look wallpaper you see in some places!)

I had an asking price of £400,000. Stephen at Purple Frog, amazingly, found a buyer in a couple of days. We got the asking price. Bang on the nose.

I’ve used a high street agent to sell a previous student property. My experience with them was very good, but it’s fair to say Purple Frog go about things in a more personal way. I’d describe their approach as personable and very relaxed. They’re not too pushy. Sometimes that approach can be better, sometimes not so better.

It can seem a bit too relaxed, but I have a lot of experience and am happy to get involved in a sale. Stephen was good at knowing when to sit back and let me get on with it. I’m happy with this approach. I’m relaxed about the process - as long as we get the asking price I require. Purple Frog have always been there or there abouts.

My decision to use Purple Frog for my student property sales is purely on our on-going relationship. I‘ve been a landlord for ten years and remember when it was just the Selly Oak office. In terms of lettings, they’ve never let me down; always let my properties on time and never have bad service.

The sales team are now also very, very knowledgeable. I would use Purple Frog to sell another student property.

"I chose to sell my property through Purple Frog because of their experience with the students letting market." 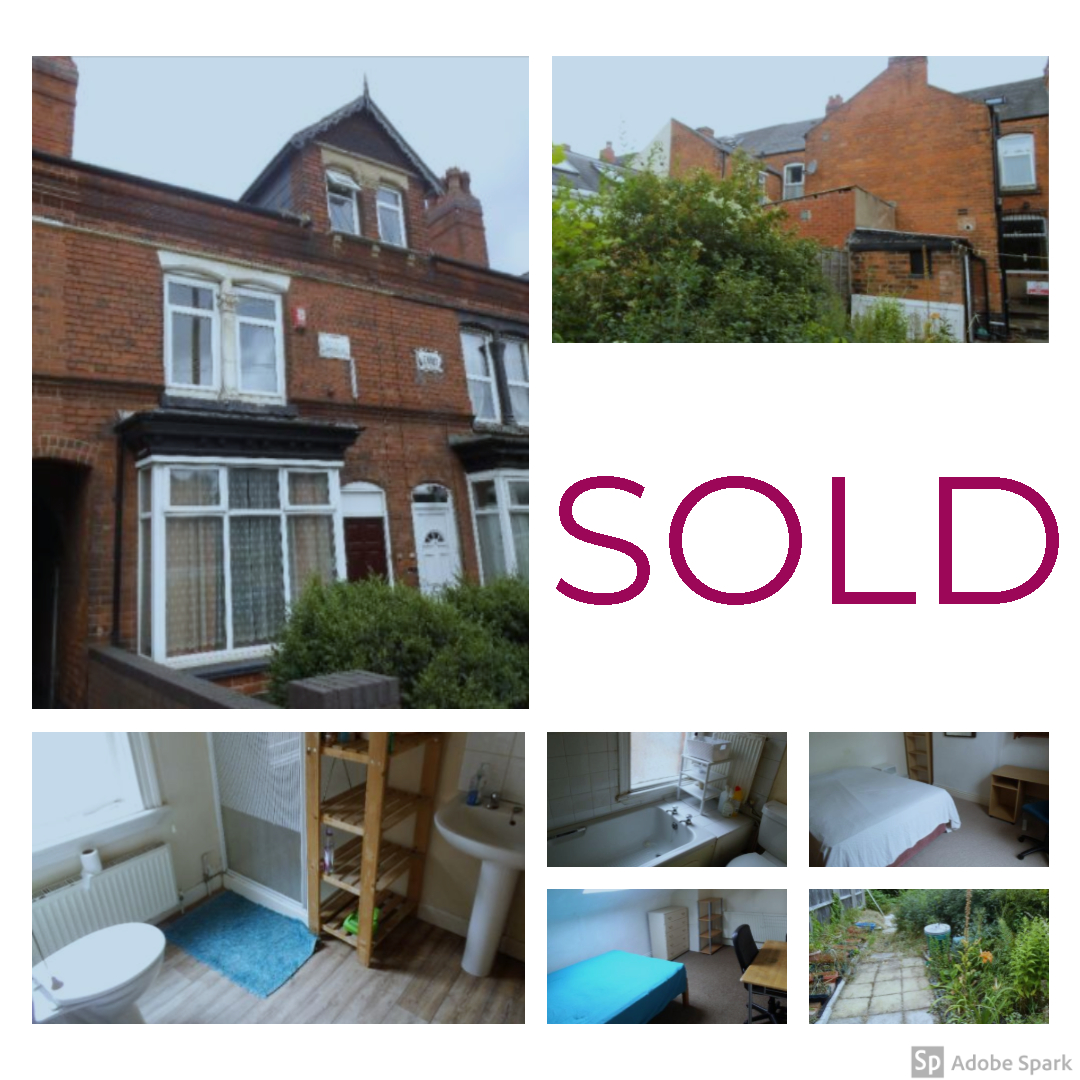 My HMO was on the market for two months. The original asking price was £230,000. We didn’t get that but I was pleased with the service and the transaction was completed satisfactorily.

I chose to sell my property through Purple Frog because of their experience with the students letting market. They also have a database of landlords who are looking for student properties.

I liked that Purple Frog’s sales team was approachable and helpful. Occasionally it wasn’t easy to contact key people. I would use Purple Frog again.

"The fact that Purple Frog was also the agent meant that the practicalities went more smoothly than they might have done otherwise."

Richard Long and his wife are clients with student accommodation in Selly Oak, Birmingham. Purple Frog sold their property in Bath. 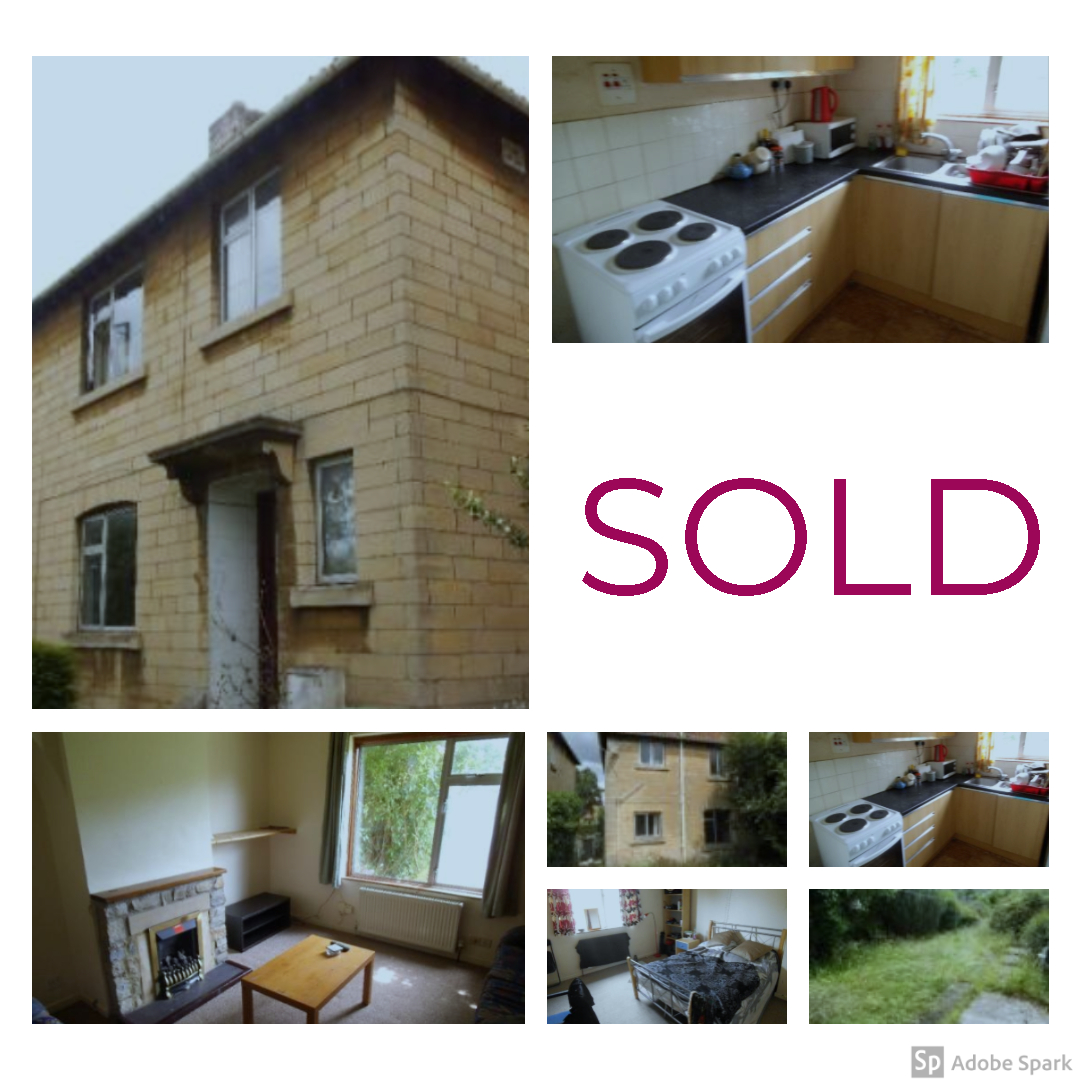 I have been a landlord since 1999, so twenty years. We’ve only ever done student property. We bought a house for our children when they went to university; found out that it was a good idea, so kept doing it.

The property we sold in bath was a three-bed semi. We converted one of the downstairs rooms into another bedroom, which is quite common with student houses. The asking price was £278,000. The final price was below but not much below. We got close. The sale took about 10 weeks, which was a similar time frame to the house in Bath that we previously sold. We used a high street agent for that sale.

The key difference between the two agents was Purple Frog’s approach to the valuation. Stephen started with the rental income and worked backwards to the valuation. Because of this he also gave a higher value.

It was Purple Frog’s Bristol office that suggest we use them for sales. The office was managing the property, but it wasn’t really working, they being based in Bristol and the property being in Bath. We didn’t have any connection to Bath either anymore and were looking to get out of the city.

The fact that Purple Frog was also the agent meant that the practicalities went more smoothly than they might have done otherwise.

Purple Frog are in a unique position to understand when landlords are thinking of selling. If the Bristol office hadn’t told me about the service, I may have responded to one of the letters you get through the door from other agents, even though I wouldn’t necessarily get the best price.

If and when we sell our Birmingham properties, Purple Frog will be our first port of call.

"That’s what I liked most about the service: Purple Frog had investors lined up already."

Laura is a Nottingham-based landlord. She has eleven years’ experience in the private rented sector. She has owned student accommodation for eight years. Purple Frog acted as agent for the sale of her three-bed, semi-detached property in the Dunkirk area of Nottingham. 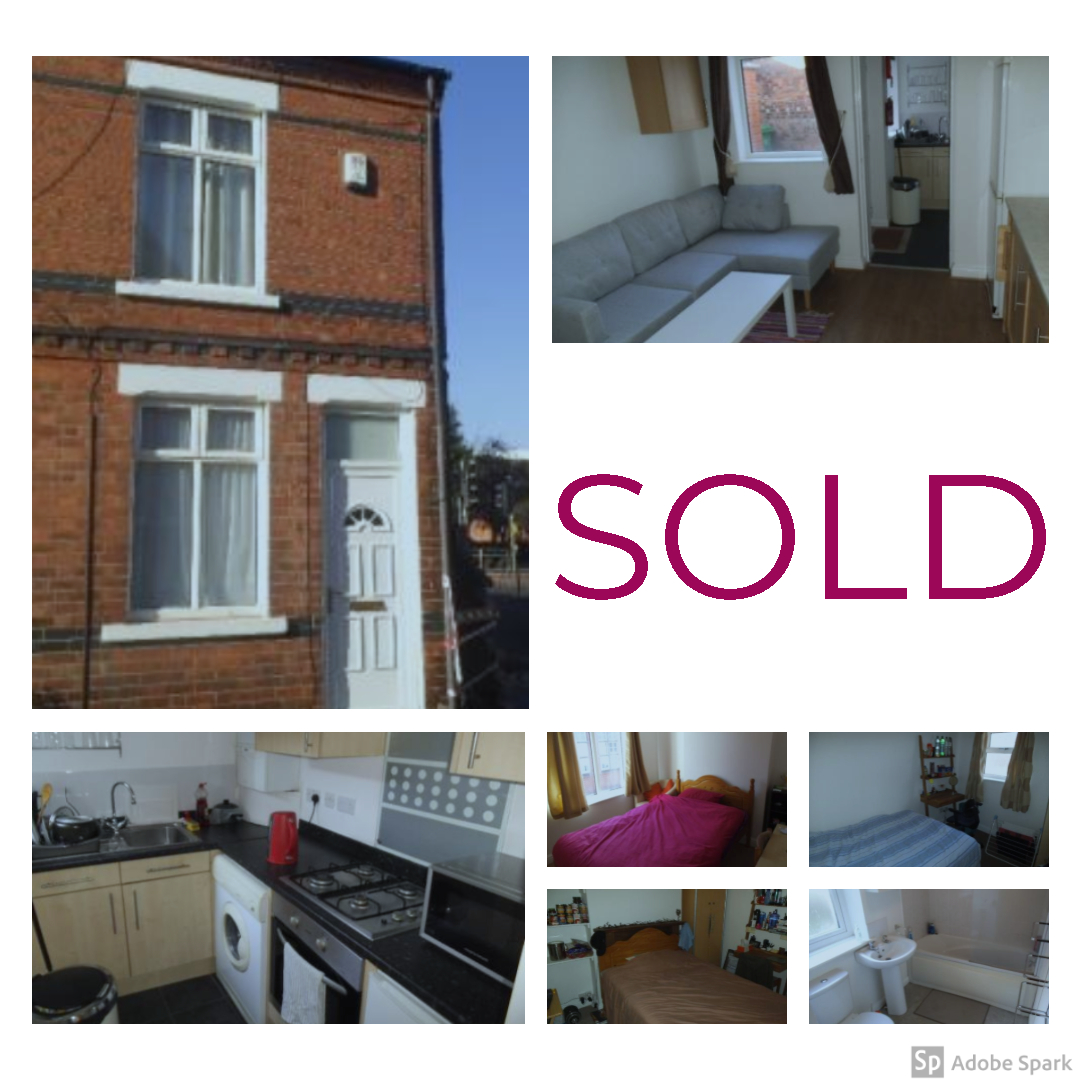 Purple Frog were my agent at the time, and it made sense to use them. I needed someone to take care of me – as a landlord you need to trust your agent.

My asking price for my end-terrace Victorian in Montpelier Road was £160k. We achieved exactly that. Purple Frog found a secure buyer within the month and there were two or three people interested in the property.

That’s what I liked most about the service: Purple Frog had investors lined up already.

The communication during the sale was most detailed and honest. There were occasional delays, but I understand that was because there wasn’t any information to update me.

I can’t compare them to another agent, as they were the first company I used before the sale. But their approach is personal. I loved the Christmas hampers – a great touch!

Pleased with their knowledge

"The fact Purple Frog is a one stop shop means they have a different approach to the other agents."

Alan Cook is a Bristol-based landlord, with 22 years’ experience in the private rented sector, all of it with student property.

I found out about Purple Frog during an open day at University West of England. They had a stand and their representative was quite informative.

The fact Purple Frog is a one stop shop means they have a different approach to the other agents. We had no idea about selling a student property. The other agents we’ve used previously were only letting our property.

They were the only agent offering to let and sell at the same time. Many agents will only sell if the property is empty. We were pleased with their knowledge!

The property we sold through Purple Frog is a four-bed end of terrace, close to the University of West of England. Our original asking price was £375,000. It was put on the market in October and it took Purple Frog between three and four weeks to find a buyer. They secured the sale for £365,000.

There was a little bit of confusion about whether the buyer they found was a cash buyer or not, but overall the team in Bristol was excellent. Alex was brilliant.

We didn’t know much about Purple Frog before we came across them at the University open day, but if we need to sell again, we would now use them.

Not a typical sales agent

"Purple Frog is amongst the two or three other agents in Nottingham who are effective because they understand the local market. Communication is very good. I’d absolutely use Purple Frog again."

John is a longstanding lettings client. He’s been a landlord for ten years. For the majority of that time, he has bought, refurbished and operated student lets. He has a portfolio of student properties. Purple Frog Sales sold a six-bed HMO in the popular Lenton area of Nottingham. 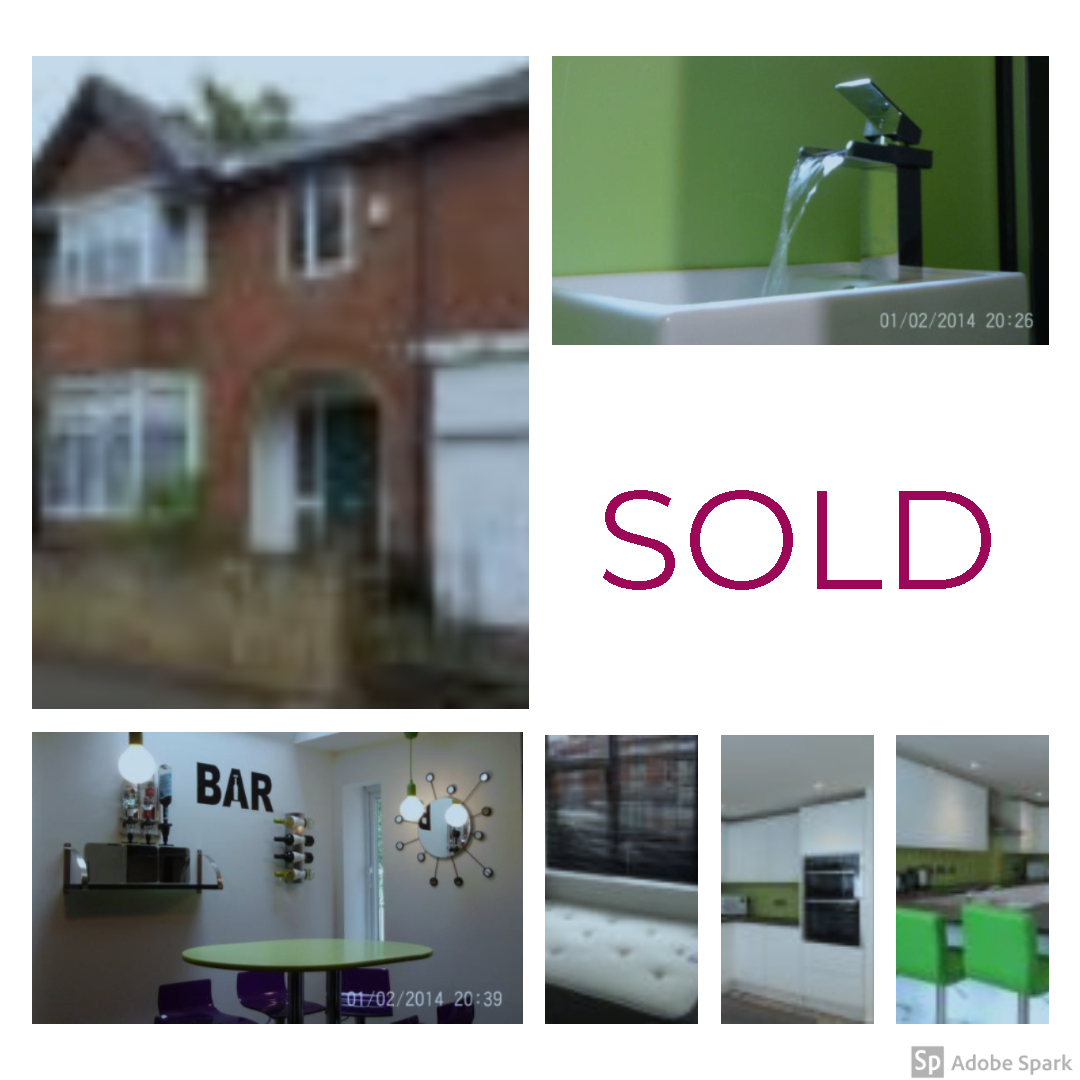 Purple Frog sold a student property for me on Cottesmore Road. The asking price was £365k and we achieved this. It took around 5 weeks to get the right offer.

I have used other agents before Purple Frog but not for selling student property.

Selling property, you need an agent that knows their market inside out. A company with the right calibre of buyers. I chose to sell the property through Purple Frog because Patrick, the CEO, and I go way back – I have known him for a long time. But I also knew Stephen could open his little black book, which has a decent list of buyers.

I could easily use someone else, but for me, it comes down to the fact that Purple Frog has a good list of investors. If I had to compare to other agents, Purple Frog is amongst the two or three other agents in Nottingham who are effective because they understand the local market.

I like to know that everything is in hand. What I like about Stephen is he’s not a typical sales estate agent. He calmly deals with things. Stephen is always available.

What did I dislike? Things can always go quicker. Sometimes during the process, Stephen can get busy. I feel he should spend more time doing the things he enjoys, like going out and finding an investor. There should be someone doing the day to day processing instead of Stephen.