It is widely expected that Rishi Sunak will include an increase in capital gains tax (CGT), in his Spring Budget (3rd March 2021).

Back in November 2020, a report into CGT  commissioned by the Chancellor was published by The Office of Tax Simplification; it concluded that the current rules were ‘counter-intuitive’ and created ‘odd incentives’ in several areas.

The government is looking for ways to fill the massive gap in it’s budget caused by the Covid-19 crisis; The Office for Budget Responsibility (OBR), forecasts a budget deficit of £394bn for the financial year 20/21 up from £56bn in 19/20. The projected deficient represents 19% of GDP. 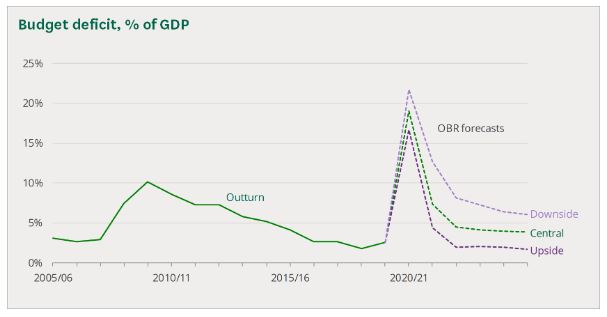 The OTS consultation revealed that CGT  “is counter-intuitive, creates odd incentives, or creates opportunities for tax avoidance. Some respondents also argued that Capital Gains Tax is either a barrier to economic growth or to a more equitable society.”

Rishi Sunak has 4 recommendations to consider:

If the government considers more closely aligning Capital Gains Tax and Income Tax rates it should also:
– consider reintroducing a form of relief for inflationary gains,
– consider the interactions with the tax position of companies, and
– consider allowing a more flexible use of capital losses

If the government considers addressing Capital Gains Tax and Income Tax boundary issues, it should:
– consider whether employees and owner-managers’ rewards from personal labour (as distinct from capital investment) are treated consistently and, in particular
– consider taxing more of the share-based rewards arising from employment, and
of the accumulated retained earnings in smaller companies, at Income Tax rates”

The first of these recommendations is to ‘more closely align CG and income tax rates’ in this economic situation, that can only mean increase CGT which would be an easy way for the chancellor to increase revenue to help fill the deficit. Doubling CGT could bring in an additional £14bn in revenue per year for the treasury.